Click here to hire Barry as your canine expert witness

In 2006, former narcotics officer and current criminal defense expert witness Barry Cooper was the first to blow the whistle on police dog false alerts, which he personally learned to trigger as an expert canine trainer (often shorthanded as "K9" or "K-9" by police).

Enjoy this comprehensive study of police dogs, which includes videos of false and true alerts.

If this cop can get his dog to alert, he can search the auto.

Notice how the handler allows the police dog to work and does not manipulate the movements or alert of the canine?

Properly trained police dogs are different because they can communicate the presence of the narcotic odor.

This communication is called an “alert.”

Change in behavior, then a scratch 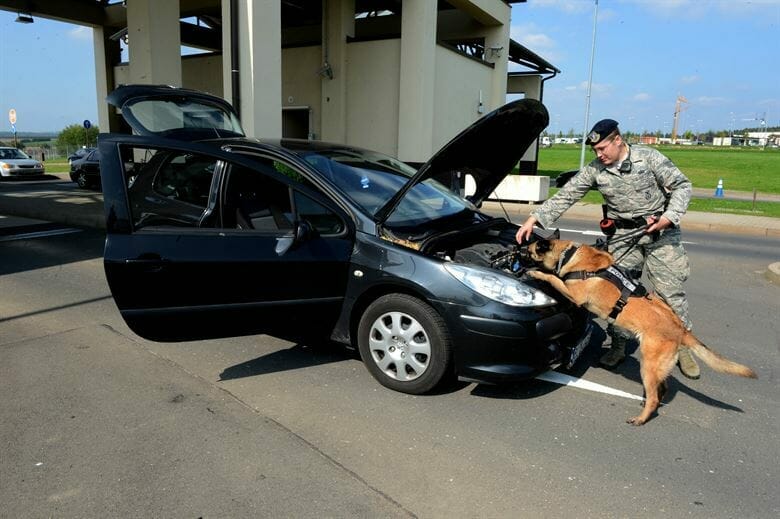 If the canine detects the odor of a narcotic during a search, police dogs communicate this to the handler by scratching near the source.

Behavior changes without a scratch are not enough to announce an alert, just as scratching without behavior changes is not an alert. Both must be witnessed by the handler in order for contraband to be considered detected.

A police dog goes through these behavioral changes, less the scratch, when curious about other odors such as urine or food, so it’s an error for the handler to call an alert after witnessing behavioral changes only.

It’s also an error to call an alert after witnessing only a scratch because the scratch was not preceded by the necessary behavior changes that are always produced when a dog is interested in any odor.

Unlike humans, trained police dogs have the ability to separate odors mixed together. When presented with a bowl of stew, a human sees all the different ingredients but smells just one odor. A police dog can smell, distinguish, and separate each ingredient contained in the stew simply by sniffing it.

This explains why masking odors does not work. If a smuggler wrapped a pound of marijuana in sheets of fabric softener followed by a good wrap of foil, and finally placed it in a can of coffee, a dog smells the fabric softener, the foil, the coffee, and the marijuana. However, this “odor separation process” takes time and police dogs cannot properly separate odors if rushed.

Drug dogs are taught which odors provide the reward. A dog is rewarded for alerting to a baggie of marijuana. Empty and uncontaminated baggies must then be presented to the dog for an alert. When the canine alerts, it is discouraged with a command of dissatisfaction and then pulled away from the baggie. This step is repeated until the dog stops alerting on plastic baggies. If this step is skipped, the handler is soon left with a “trashy” dog that alerts on every odor that surrounded drug odors during training.

Police dogs must also have room to work through invisible scent cones created by a multitude of odors surrounding the vehicle. Canines must have this space to track the odor’s source. Canine handlers should allow the dog to work freely by grasping the very end of the leash so its movements aren’t restricted or manipulated.

In the video, the handler can be seen pulling and pushing the canine’s head instead of allowing the dog to work freely. While teaching canine narcotic detector classes I would often tell students who made the same error, “Don’t work the dog, let the dog work.”

After correcting this poor habit many times with students, I learned the reason for this phenomenon is the handler’s fear of the dog not performing by showing disinterest in the vehicle. It’s embarrassing for a cop when his canine lacks motivation to search a car, and stares at traffic instead of searching for drugs—especially in front of peers.

After police dogs have alerted, the handler encourages them by repeating statements such as, “get it, get it, get it out of there.” These verbal commands excite the dog into scratching harder and faster, and should never be used during actual street searches until the presence of a drug is confirmed by an officer.

If the dog is encouraged to scratch and no drugs are found, the dog is left with the impression that a scratch on a door for legal odors or no reason at all is what the handler desires, causing the canine to be considered “dirty.” A dog that is dirty means the canine will scratch on anything to get its reward.

If drugs are located, the canine should then be brought back to the previous alert area and encouraged to scratch. When the desired scratch is achieved, the handler “pays,” or rewards, the dog by throwing it a toy.

The repeated process of verbally encouraging an alert and then rewarding the dog for compliance makes it possible to manipulate any and all police dogs into scratching without a narcotic odor being present! This is referred to as a “false” or “forced” alert.

What to do if police dogs search your car

This tip works. Dozens of citizens have told me of their success with it, and it has worked for me on one occasion.

Anytime police dogs are deployed to search your auto, announce loudly and boldly that you are aware police can make their canine false-alert and you know what a true alert looks like. This scares the officer, who, after hearing this, will usually walk his dog around the auto and then leave.

How to store your stash

Police dogs cannot smell through material. Odors permeate out, creating a scent cone. Almost everything has microscopic pores for odors to permeate, even plastic baggies.

However, lead is a heavy metal and nonporous. The trick is that if you hide your stash in a lead box, the police dog's handler will become suspicious.

Temperatures also affect permeation. Colder temperatures slow permeation, so freezing your stash in a block of ice slows the permeation to almost nothing. However, those blocks of ice could also make a smart canine handler suspicious.

So, you must hide your stash in materials that have a slow permeation rate, but be careful that you do not contaminate the outside of the packaging. You must then hurry and transport your stash before the pot odors have time to permeate and develop a scent cone on the outside of the packaging. Foil, glass, oils, and cold temperatures are all good because they all slow permeation.

Trying to mask odors does not work. So if you place your herb in a plastic baggie, spray it with perfume, seal it in plastic tubing, then drop it in your auto’s fuel tank, a scent cone will develop on the outside of the fuel tank. The canine will enter this scent cone and smell the plastic baggie, the gasoline, the perfume, the plastic tubing, and the marijuana. This explains how my canine detected hundreds of pounds of marijuana hidden in gasoline tanks. 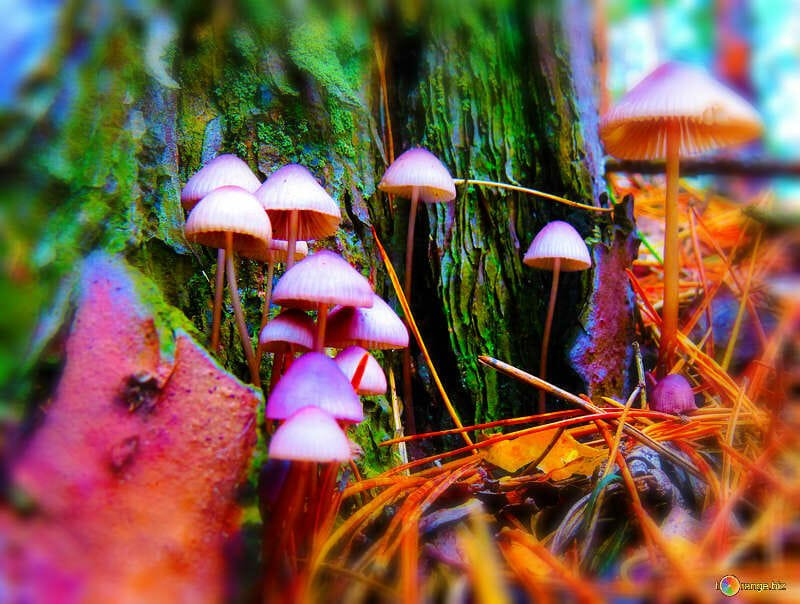 Good luck out there

I hope this information keeps you out of a human cage worse than the cages police dogs sleep in. Stay safe out there and NeverGetBusted.

And Remember It's not the dog's fault.