Barry Cooper is a former narcotics agent who set up NeverGetBusted to provide expert witness drug consultations and to give advice on all drug-related matters for the purpose of harm reduction.

How to spot undercover cops and sneak marijuana through airports

Consult with Barry Cooper and win your drug case

Barry Cooper was once one of the nation’s top drug enforcement officers. After an enormous shift in consciousness, he now works as an addiction specialist, freedom consultant, and criminal defense expert witness. He has practiced as a criminal defense expert for over a decade. Barry is often invited as an instructor for criminal defense attorney organizations and has helped thousands of lawyers develop defense strategies to help their clients go free.

"Cooper is a former narcotics officer once considered among the top cops in Texas." –USA TODAY

"Barry was even better than he says he was. He had a knack for finding drugs and made more arrests and more seizures than all of the other agents combined. He was probably the best narcotics officer in the state and maybe the country during his time with the task force.” –Tom Finley, Commander Permian Basin Drug Task Force

Barry knows all the tricks cops and courts use to doom the defendant. He will use his past experience to expertly counter the court’s attempt to convict you for a drug crime. During the video or telephone consultation Barry will analyze your drug case for mistakes and discuss strategies to help you through the nightmare.

“Barry Cooper is a hero because he is standing up and declaring the War on Drugs is not working!” –Tucker Carlson, MSNBC

No arrest is too big or too small... Barry is reachable with one click.

How to pass a drug test by Barry Cooper

Got a drug test coming up? Do you need to know how to pass your drug test by getting marijuana out of your system fast? This article can help you as it has helped millions of Never Get Busted fans.

This article will teach you the basics of drug testing and help you learn how to detox marijuana through natural and chemical methods. You can become THC-free using these methods.

By Robert M Helfend/Attorney At Law There are few things more frustrating than being mistreated by the person who is supposed to be there to protect your rights and defend you. These feelings of frustration are felt by thousands of people each year who hire defense attorneys that, once paid, won’t work the facts of…

By Barry Cooper   As a globally known drug expert and person who has been diagnosed with severe Post Traumatic Stress Disorder (PTSD), I can help you determine if you suffer from PTSD and share the cure. I have personally used psychedelics to treat my PTSD and have helped hundreds of others do the same.…

Barry Cooper is currently filming a new documentary in Australia

Barry is currently filming a new documentary series about his life to be aired on one of the top streaming services.  The current production is being shot in Australia, and from the initial feedback, filming is going well. Barry sends his regards to his fans and hopes you are all safe during this hard time of the Covid19 pandemic and protests across the US. 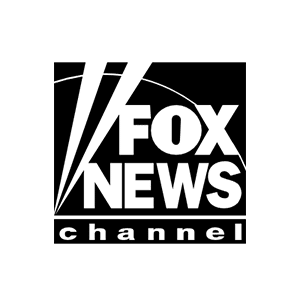 Barry Cooper starred with Woody Harrelson, 50 Cent, Eminem, and Susan Sarandon in the anti - Drug War documentary "How To Make Money Selling Drugs." He also appeared as a drug and legal expert in five episodes of SPIKE Tv's reality show "Manswers."  Barry was featured on the front cover of Cannabis Culture Magazine and the Texas Observer.

He received global attention by being reported in over 2,500 newspapers and magazines including Rolling Stones, HighTimes, Progressive, and Maxim Magazines.

Barry was a weekly guest on Playboy satellite radio and has appeared on hundreds of radio and television news channels including MSNBC Tucker Carlson, FOX Geraldo At Large, ABC I Caught, NBC Mike and Juliet Morning Show and NPR's "This American Life."

Barry produced a new video this year for his fans which is part of his NeverGetBusted guide, how to pass your drug test for marijuana. Read the article or watch the video if you are required to pass a court-ordered or employment drug test.