My favorite tip for never getting busted used to be, "Never carry more marijuana than you can eat." Although this advice is still effective, my new favorite tip is, "Flee the United States as fast as you can." Although there is currently a paradigm shift in the awareness of inhumane and unfair acts taking place in America's criminal courts, the politicians, judges, prosecutors and police continue ramping up their efforts to cage as many Americans as they can. My experience as a drug cop, crime journalist, defendant and current drug expert witness has given me insights into why living in the United States is risky and dangerous -- it's because of the sadly laughable U.S. court system.

Seven years ago, as a form of penance, I used my experience as a former drug agent to produce a series of instructional videos teaching citizens how to avoid being arrested for marijuana crimes. I also I produced an Internet reality show called KopBusters, where I exposed the abusive and illegal practices of police officers.

I tricked the police into raiding a trap house rigged with hidden cameras and a fake marijuana grow room. I proved on camera that the police routinely falsified evidence and engaged in illegal activity themselves. The sting led to the release of Yolanda Madden, a mother of two serving an eight-year prison sentence after police planted drugs in her car.

I viewed my style of activism as a clever humanitarian operation designed to protect citizens from a government holding the all time world record for the number of citizens it incarcerates. Unfortunately, my critics viewed it as a personal attack against God, children and the police.

The government began a campaign of harassment. I was S.W.A.T. raided once, arrested four times, my wife arrested three times and our autistic son taken for more than a year. All of the charges were misdemeanors stemming from the stings. The raid conducted on my home was not for marijuana but was for all of my media, videotapes, computers, cameras and journals. The American police seized these items from me, a journalist, at gunpoint. 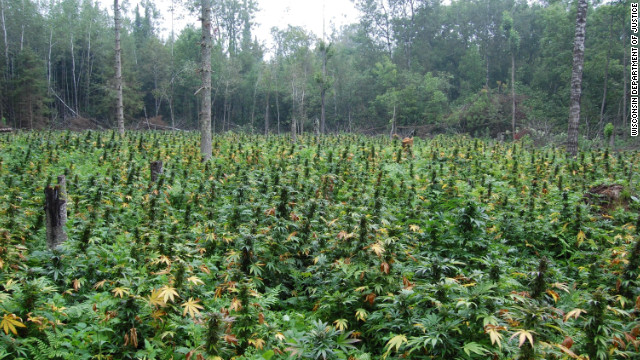 After a year and a half of numerous, stressful and costly court appearances, the prosecution offered to drop all the charges if I would plead guilty to one charge and pay a $700 fine. It was obvious I was falsely charged but I accepted the plea offer to avoid facing a jury predisposed to convict.

In open court, the judge and prosecutor encouraged me to perjure myself by verbalizing that I had committed a crime I did not commit. To avoid jail time and spare my family further suffering, I admitted to the crime I was charged with. It was a lie. But my lie saved me from a dreadful and costly trial that could have ended in a lengthy jail term.

Plea bargains completely dispel the American myth of fair prosecutions. Under the current system, the government threatens severe punishment if the defendant chooses to go to trial and loses. However, the government loses nothing and is not punished if they lose the trial. Tens of thousands and perhaps millions of U.S. citizens would not have a conviction on their record if plea bargains were prohibited. To make the playing field level, the system of plea-bargaining must be banned.

The criminal courts are further tainted because the government's treasure chest is usually much richer than the defendant's who was poor at the time of their arrest and even poorer at the time of their trial. Although I often donate my craft by agreeing to work pro-bono, I normally charge an expert witness fee when hired to point out police corruption, the wrongful handling of evidence, search and seizure violations and K-9 false alerts. The majority of drug defendants do not have the resources to hire experts such as myself to counter the government's experts.

If a jury trial were fair, the poorest defendants would have the same access to expert witnesses commonly hired by the wealthier defendants. Although the government purports to be fair by funding experts for the indigent, a government cap offers experts a fraction of what they normally charge -- which usually causes the expert to pass on the offer.

Finally, criminal courts are laughable because judges enjoy absolute immunity if they deliberately make a ruling totally opposite of how the law or evidence instructs them to rule. I have witnessed judges purposely ruling against undeniable evidence and clear, established law to insure the defendant is condemned. Judges know defendants seldom have the resources to appeal their decisions. If judges were punished each time one of their decisions were reversed in appeals court, they would stop intentionally and habitually ruling against the law to unfairly convict the accused. This sadistic behavior is allowed unchecked hundreds of times each day in U.S. courts.

This post is part of a series produced by The Huffington Post to mark the theatrical and on-demand release of "How To Make Money Selling Drugs," a new documentary by Matthew Cooke that examines the drug trade from a variety of angles. For more info on the film, click here.