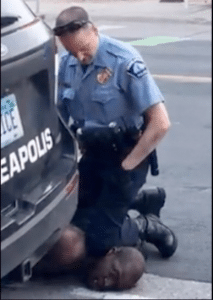 The cop who was involved in the killing of George Floyd and stood by watching Derek Chauvin kneel on the victims neck and suffocate him, even though the victim repeatedly advised he could not breath has raised his $750,000 bail by crowd funding.

Sure sign of the Police State protecting their own? Should he be allowed to raise bail like this? Thomas Lane's attorney has already stated that his client acted properly! What, while he stood by and watched a man die and did nothing?

If you watch a fellow police officer placing his knee on someones neck, while people are in your face saying the guy needs help and the victim keeps shouting "I cannot breath" and you do nothing to stop your comrade or check the victims vital signs or his well being and the person dies then how in the hell can that be right!

If these guys were not cops they would have thrown the book at all those involved in George Floyds death and I am sure they would not have got bail.  This shows us there is one rule for them and one rule for us!

Social media is a great tool for us to highlite these cops who are killing people in broad daylight without remorse as they think they are protected and unfortunately in most cases they are.

Rioting, looting is not the way to go.  It is understandable as it is a reaction to the frustration of what is happening but it just gives these guys the excuse that they are right in what they are doing in the name of the law.

Derek Chauvin is a cold blooded killer and Thomas Lane stood by and did nothing.  Derek Chauvin had no feelings for his victim, he has shown zero remorse after the event and they both should be locked up for a long time. 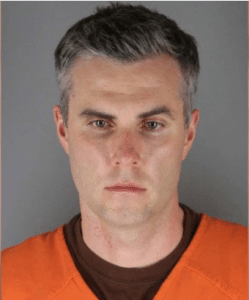 Since the death of George Floyd, there has been a lot more killings coming to the surface.  How many years has this been going on until social media, mobile phones and electronic video recording devices have started capturing the abusive arrests and killings and putting it in the public eye.

The amount of evidence of cop brutality coming in from around the US shows that this is not a one state issue.  This is country wide across all states. Cops shoot people 6 - 10 times to kill them to make sure their is no witness to take to court.  It is far easier to deal with a case if the suspect is dead!  How can anyone justify putting 6 bullets in someone who is already down and unarmed? You cannot! There is no reason to do this other than to ensure you have killed them.

Demonstrations, pushing evidence into the media and getting high profile people on board is going to be the only way to make these people change their ways.

I personally have suffered at the hands of dirty cops who have split up my family and ran me out of the US on the grounds of trumped up charges to get back at me for exposing their ways.

Watch my video on how cops make their dogs false alert! This shows you what cops are like!

If you have a video or details of an abusive arrest then send them to me and I will post your story.